Doctors Pain Clinic is proud and honored to share our Patient Success Stories.

Your Doctors Pain Clinic patient success stories are always welcome!
Contact our Marketing & Public Relations Director at 330.629.2888 or by email.


Click the name of the patient to read their story: 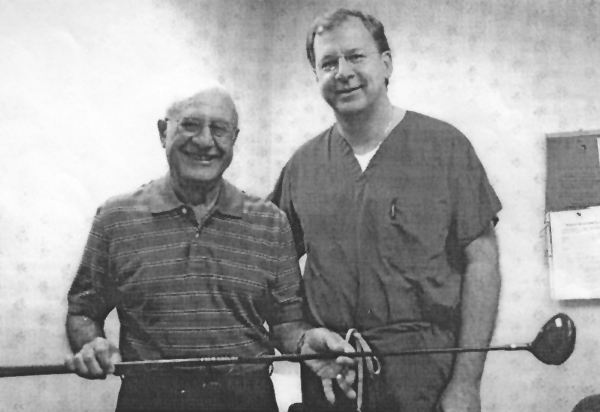 Joseph Pazillo of Girard, Ohio, knows how debilitating chronic back pain can be. Pazillo woke up one morning and was unable to get out of the bed. “I literally had to crawl on my hands and knees because I couldn’t stand up,” he explains. Not long after that episode, Pazillo experienced another similar attack of pain that again immobilized him while vacationing in Florida. “The pain was so severe in my left leg that I had to sleep in a reclining chair and I wasn’t sure how I was going to make it home from Florida back to Ohio,” adds Pazillo. This normally active 72-year old, who loves golfing, line dancing with his wife and working out in his yard, ended up sitting around not doing much of anything on his Florida vacation because of the pain. After returning from Florida, Pazillo’s back and leg pain was so bothersome that walking more than 10 minutes and golfing became too painful to enjoy.

“When Dr. Neuendorf explained the procedure, and I discovered it was not as invasive as surgery, it sounded great to me.”

Pazillo’s pain prompted him to schedule a trip to his family doctor and a chiropractor. He was diagnosed with two protruding discs and with pain radiating down his left leg. After several traditional and conservative treatment options failed, Pazillo’s family doctor referred him to chronic pain specialist Tracy L. Neuendorf, D.O., Medical Director of Doctors Pain Clinic. “Dr. Neuendorf first tried a series of three epidurals hoping I would get relief from the pain. The first epidural worked for about 6 months but the next two epidurals didn’t help and I was still in a lot of pain,” explains Pazillo. However, Pazillo wasn’t discouraged for long, especially after Dr. Neuendorf explained that he might be a candidate for a disc decompression procedure. Patients suffering from leg and low back pain caused by herniated discs have been helped by disc decompression. The procedure bridges the gap between conservative therapy and surgery. “Patients must be carefully selected for the this procedure. Not all patients with herniated discs are candidates. Sometimes a patient needs surgery for their herniated disc and this procedure will not help those patients,” explains Dr. Neuendorf. Multiple studies have shown that 4 out of 5 properly selected patients with contained herniated discs benefit from the disc decompression procedure.

“When Dr. Neuendorf explained the procedure, and I discovered it was not as invasive as surgery, it sounded great to me. I told him let’s go for it,” Pazillo exclaims. According to Dr. Neuendorf, patients diagnosed with contained herniated discs with radiculopathy are the best candidates. “In a contained herniated disc, the nucleus pushes against the annulus causing it to bulge and press against the nerve and thus causing pain. The technique is designed to decompress and reduce the bulging nucleus enough to eliminate the pressure it is placing on the nerve.” explains Dr. Neuendorf. Disc decompression incorporates the use of a miniature probe inserted into the disc. The incision through the skin is less than ¼ inch. The probe allows Dr. Neuendorf to view the bulging nucleus tissue and remove it. By removing some of the nucleus from the disc, the pressure on the nerve root is reduced or eliminated along with the pain.

The procedure is normally performed in an outpatient setting and typically takes from one to two hours to complete. Local anesthesia is administered and the patient is conscious during the procedure. “The procedure has 85-90 percent success rates and has a less than one percent complication rate,” states Dr. Neuendorf.

Most patients return to their daily activities within a matter of days and for some patients noticeable improvement may occur as early as 24-48 hours. Leg pain is usually the first to improve.

After having the procedure performed, Pazillo experienced enough pain relief that he was able to become active again. However, he was still far from being pain-free. He would have to undergo a second procedure for his second herniated disc. After having a second procedure performed, Pazillo was able to play a full 18 holes of golf and walk over a mile each day on his treadmill. “This time I don’t have to stop walking after 10 minutes because of pain,” he said with a grin.

When asked if Pazillo would recommend this procedure to others who have a similar diagnosis, he quickly replied: “Absolutely! The fact that I was at the hospital at 7 am and back home by 1 pm with just a band aid to cover a small incision—you can’t beat that.”

And, thanks to two successful disc decompression procedures, Pazillo is delighted to be back on the green golfing again—only this time pain-free.

Where Is He Now? Since this procedure several years ago, Joseph is enjoying a pain-free life and can be found on the golf course 2-3 times per week! 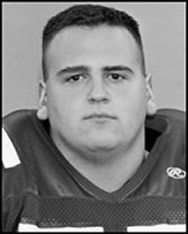 "Dr. Neuendorf's analysis was performed quickly and efficiently, and his recommendation for treatment was made with confidence and optimism."

Todd Kollar writes, “After years of playing football at the high school, collegiate and professional levels, and all the associated weightlifting, the time had come to pay the piper. Specifically, years of record-setting leg squats, power cleans and dead lifts resulted in two bulging discs. The pain would come on completely out of the blue and would be crippling. Eventually, the fear of not knowing when the pain would strike became almost at debilitating as the pain itself. Countless trips to various doctors led to numerous x-rays, MRIs, and fad treatments, but no relief. It wasn't until the suggestion of a family member to contact the Doctors Pain Clinic that I was finally on the path to recovery. Dr. Neuendorf's analysis was performed quickly and efficiently, and his recommendation for treatment was made with confidence and optimism. The treatment itself, a series of epidural injections of anti-inflammatories into and around the bulging discs, was painless. The results were noticeable nearly immediately. Follow-up physical therapy cemented the success of the treatment, and I have lived a pain and fear-free life ever since. Thank you Dr. Neuendorf for giving me my life back!”

Where He Is Now: Todd reports no back issues and he remains pain-free. A former NFL athlete and co-captain of the 1997 Youngstown State University National Championship Football Team, Todd remains active with football—only this time he can be found on the sidelines as a coach for his son’s football team.

A severe and life-changing, industrial workplace accident in August of 2004 left James Weaver in debilitating pain with over nine major issues affecting his spine and legs. Doctors told James his prognosis was poor and within a few years he probably wouldn't be able to walk. However, despite that devastating news, James refused to be discouraged in his fight to win control over his pain and take back his life. This is James' story of his triumph over pain.

I made a deliberate decision and took an active role in my care. I never gave up even as much as I wanted to. I had to pull it together; find the right doctors, and therapists to get the help I needed. It's so easy to get into a slump and convince yourself it’s easier to give up and sit on the couch or just give up—DON'T!!

If you don't take control and convince yourself you can get better, break the pain cycle and find the right help it won't happen. Pain found you so you need to find someone to help you manage it. When you find a pain specialist, be honest about your physical and mental pain. You need to honestly convey exactly how you're doing during your appointment and be open to all suggestions for treatment. You also need to surround yourself with people who you can rely on, form a circle of trust and start living rather than existing.

I feel pain control is not a “cookie cutter science” what works for me might not work for another. Through discussions about my pain and my goals with my pain specialist, Dr. Tracy L. Neuendorf, we created a plan. Since I've come to Doctors Pain Clinic in 2007 I’ve gone back to school, graduated and have been re-employed in a completely different field. I started in trucking and aviation and I'm now in healthcare.

“If you don't take control and convince yourself you can get better, break the pain cycle and find the right help it won't happen…start living rather than existing.”
—James Weaver

Doctors Pain Clinic has always been willing to try epidurals, caudal blocks, different medications all aimed at keeping my pain level low with the least amount of medications. Sometimes the treatment plan included surgery but it was only after the provider and I discussed every aspect and expectation at length.

Dr. Neuendorf suggested implantation of a spinal cord sytem (SCS) may help me better manage my debiliating pain and help reduce the need for narcrotic pain meds. After months of discussion with all of my physicians, I finally decided to have the system implanted. “The decision to implant the Spinal Cord Stimulator System (SCS) was not an overnight decision. It took months of discussion between all of my doctors before we came to the conclusion it was the right option for me. At that point, I was looking at applying for disability. The SCS was probably my last option: I was facing a life on narcotic pain meds or a pain pump. Either way I would probably end up on disability. Or I could try the SCS and try to have a shot at some normalcy. So far it has in only a few months time and I have been able to nearly end my need for narcotic pain meds for pain control, thus taking me from pain levels of 7-10 daily to 0-4 now!"

Where He Is Now: James continues to manage his pain with the help of an implanted spinal cord stimulator system.The biggest achievement James is most proud of is rejoining the workforce with a new career in healthcare which allows him to give back and help others. Since he is able to manage his pain and is no longer consumed by it, he reports that he can give more of himself to his patients. Most of all, he is most happy that he is able to be a bigger part of his family's lives—“ I can be a part of life not just sitting on the bench watching,” he states with a smile.

"I just had the spinal cord stimulator trial and got 100% relief of my pain. I am so happy I got my life back after two years of excruciating non-stop pain!"
- Darlene Stuart

"This is my fifth procedure and I've got an 85% success rate! Everyone is great! Friendly and prompt! No compalints here! Would recommend absolutely! I'm finally getting relief and my life back!"
- Lisa Fulton